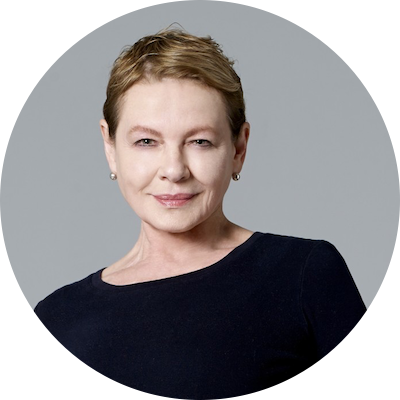 Dianne Wiest is an American actress who has won two Academy Awards for Best Supporting Actress for the 1986 Hannah and Her Sisters and the 1994 Bullets over Broadway (both of which were directed by Woody Allen), one Golden Globe Award for Bullets over Broadway, the 1997 Primetime Emmy Award for Outstanding Guest Actress in a Drama Series for Road to Avonlea, and the 2008 Primetime Emmy Award for Outstanding Supporting Actress in a Drama Series for In Treatment. In addition, she was nominated for an Academy Award for the 1989 Parenthood and has appeared on stage, in the movies and on television.

Jeremy Rennner, Diane Wiest & the cast of Mayor of Kingstown