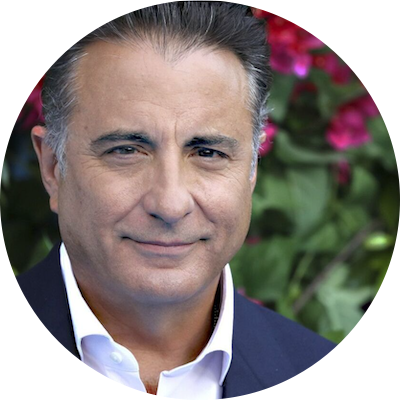 Andy García is an American actor and director. His breakout film was Brian De Palma's The Untouchables (1987) alongside Kevin Costner, Sean Connery, and Robert De Niro. He continued to act in films such as Stand and Deliver (1988), and Internal Affairs (1990). He then starred in Francis Ford Coppola's The Godfather Part III (1990) as Vincent Mancini alongside Al Pacino, Diane Keaton, and Eli Wallach. He received an Academy Award nomination for Best Supporting Actor for his performance.

He has also starred in the Oceans 11 Trilogy, Ghostbusters (2016), Geostorm, Mama Mia! Here We Go Again and The Expendables 4.

He won the 2005 Grammy for Best Traditional Tropical Latin Album for his album ¡Ahora Si!

In this week's episode of Pop Culture Weekly with Kyle McMahon, Kyle talks with singer / songwriter / actress Lola Kirke about her brand new album Lady for Sale, her work on Mozart In The Jungle and more! Then Kyle talks with the global icon Gloria Gloria Estefan and powerhouse actor Andy Garcia about their new film Father of the Bride (2022) on HBO Max.