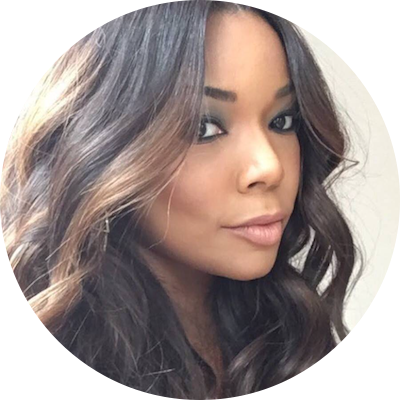 Gabrielle Union is an American actress, author and businesswoman. . She began her career in the 1990s, appearing on television sitcoms, before landing supporting roles in 1999 teen films She's All That and 10 Things I Hate About You. Her breakthrough role was in the 2000 teen film Bring It On.

Union is known for her performances in films Think Like a Man (2012) and Think Like a Man Too (2014). She also had starring roles in the CBS medical drama series City of Angels and films Bad Boys II, Cradle 2 the Grave, Cadillac Records and Breaking In (2018). In 2013, Union began starring as the lead character in BET drama series Being Mary Jane, for which she has received an NAACP Image Award. She co-starred in the 2016 film The Birth of a Nation, and also appeared in Almost Christmas and Sleepless.

Outside of acting, Union has written four books: two memoirs, titled We're Going to Need More Wine (2017) and You Got Anything Stronger? (2021), and two children's books, titled Welcome to the Party (2020) and Shady Baby (2021). She has also been an outspoken advocate for issues involving women's health and violence against women. Union was included on Time's list of the 100 most influential people in the world in 2020.

In this episode of Pop Culture Weekly, Kyle McMahon talks with Gabrielle Union all about her brand new film, Cheaper By The Dozen, streaming exclusively on Disney+.